July marks the return of one of the biggest television sports spectaculars as the stars step out on Centre Court for Wimbledon fortnight. 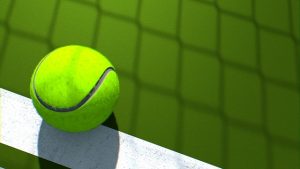 One of the best things about Wimbledon – and no doubt a part of its mass appeal and enduring popularity – is that watching the world-famous tennis tournament on television is essentially free.

Access to such major sports events at no additional cost is a ringing endorsement of Freeview and the choice and quality it brings – just for the cost of a TV licence and Freeview box (if it is not already built into your television).

In a world where digital television and online streaming services spawn on trend shows and cult hits that can only be accessed by those with a subscription it is a fantastic and timely reminder of the wealth of entertainment that can be enjoyed by pretty much everyone – which is a great conversation starter for one thing!

It’s not just sport, Freeview delivers on drama too

But it’s not just sporting events that bring home the quality of subscription-free TV though, some of the best television dramas are made and broadcast on BBC channels and ITV.

Right now the return of Poldark on BBC1 is grabbing headlines and creating the sort of universal buzz that is often missing from television drama as a result of choice watering down the impact of mass appeal.

Now on series 4, Poldark has captivated viewers and shows no sign of waning, with audiences waiting for the weekly episode in unison rather than binge-watching with no social commentary.

But then the BBC has a fine pedigree in delivering world class drama that everyone can enjoy – Sherlock and Luther are two standout examples of recent years.

It’s not only the BBC though that delivers evergreen programmes that reach out to a wide audience at no monthly cost. ITV also brings brilliant drama and reality TV entertainment to Freeview that unites audiences and creates a genuine talking point.

TV entertainment for everyone

After all it was ITV that brought us Downton Abbey – perhaps the biggest television show of recent years. Then of course there are the likes of Dancing on Ice and Britain’s Got Talent – shows that become news items in their own right.

So when you settle down on the sofa to watch the latest match on Centre Court, take a minute to think just what a great service – and a great deal – Freeview is.

If you are interested in installing Freeview or want to upgrade your aerial get in touch with Aerial Services.

We have had a working relationship with Aerial Services for the past decade. In that time we have found no finer aerial company for customer service, value for money and quality of installation. Aerial Services have serviced, maintained and installed television and Sky equipment to the majority of our property portfolio. This is as a result of the trust we have in Aerial Services to react to our needs and also to provide us with guidance and accurate … END_OF_DOCUMENT_TOKEN_TO_BE_REPLACED