Used as generic a catch-all term, satellite TV aerials refers to a means to watch satellite TV services despite it not being a technically accurate description.

Whether is Sky TV, Freesat or an international channel that is received via satellite you will need a satellite TV aerial of some description, which usually comes in the shape of a satellite dish.

There was a time when Sky TV was seen as a luxury for the lucky few in addition to the five terrestrial channels…imagine that! Now, Sky TV is watched in more than 9 million households across the UK.

Satellite TV aerials – do I need one?

The secret to keeping viewers tuned into your service is obviously to keep producing hit shows. While Sky TV has enjoyed a stronghold on some of the most popular sporting events, shows such as Game of Thrones and Succession also show its commitment to top class entertainment. 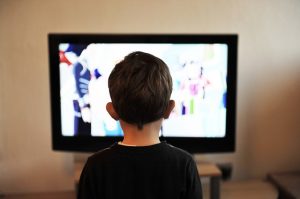 Rather than a simple case of having a ‘satellite TV aerial’ or watching terrestrial TV, households mix and match according to what options they can afford, or want.

As they have become more established the streaming services have really upped their game. As well as offering catch up box sets and films, their own productions are bona fide hits such as Orange is the New Black and Stranger Things on Netflix, and The Marvelous Mrs. Maisel and The Man in the High Castle on Amazon Prime.

Then there is Now TV, which offers an on demand service to access different packages according to your preference, whether that is sports, films or children’s TV.

Most people would not want all of these – after all where would you find the time – but more and more households are opting for a mix. Whether it is sports fans opting for a full Sky Sports package or students choosing the flexibility of streaming there really is something for everyone.

To make sure you have access to the channels that you want to watch make sure you are connected and have the right TV aerial in place.

For more information on satellite TV aerials get in touch with Aerial Services.

We have had a working relationship with Aerial Services for the past decade. In that time we have found no finer aerial company for customer service, value for money and quality of installation. Aerial Services have serviced, maintained and installed television and Sky equipment to the majority of our property portfolio. This is as a result of the trust we have in Aerial Services to react to our needs and also to provide us with guidance and accurate … END_OF_DOCUMENT_TOKEN_TO_BE_REPLACED